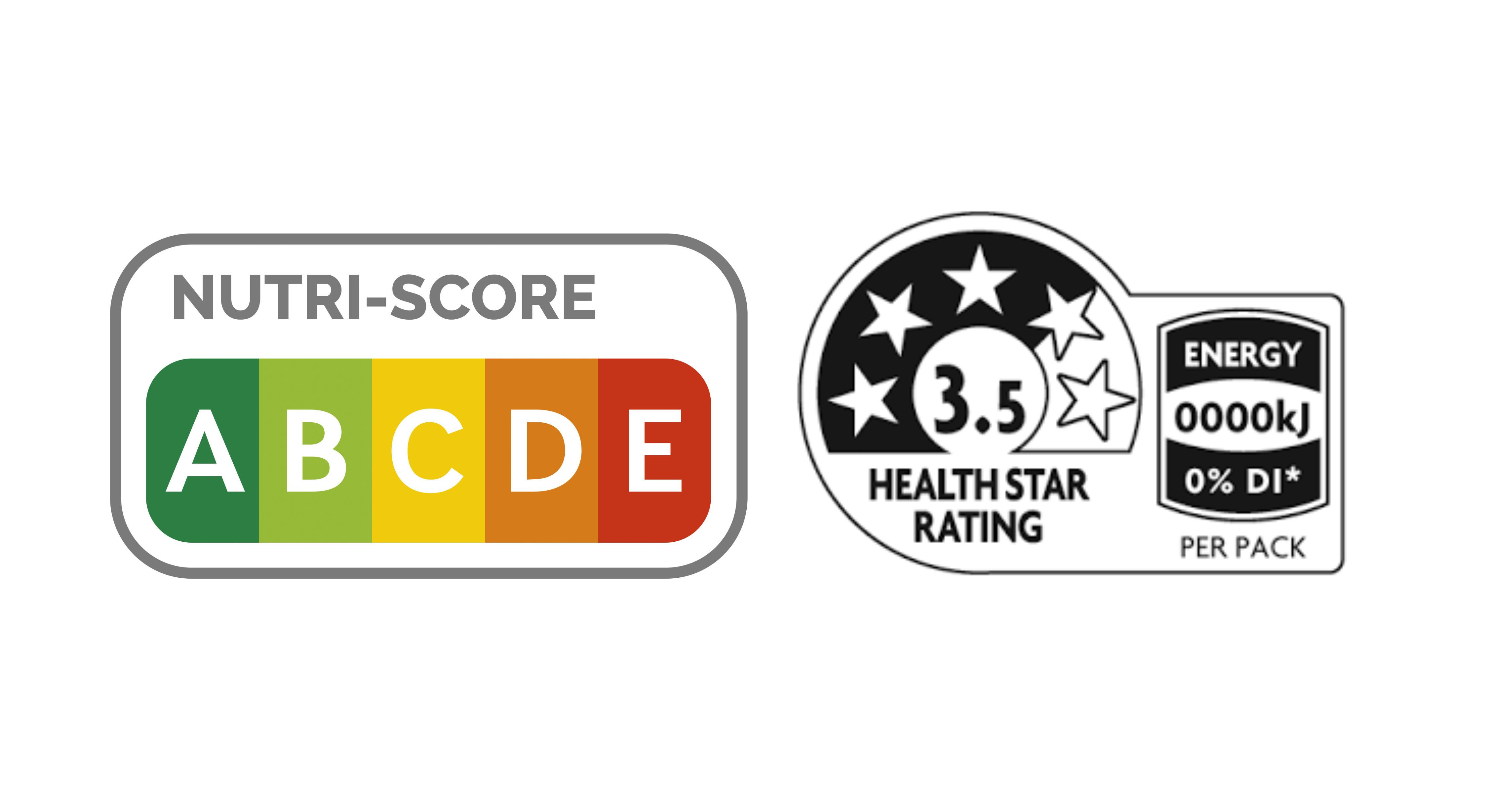 How does olive oil score in front-of-pack labelling systems?

In recent years, governments around the world have placed increased importance on front-of-pack labelling (FOPL) for food products, with the aim to make it easier for consumers to make healthier choices. Front of pack labelling system vary between countries, with Australia and New Zealand operating the ‘Health Star Rating’ system, the United Kingdom using a coloured traffic light system and more recently France and other European countries introducing the NutriScore system.  This NutriScore system is a topic of debate, as it is currently being considering for implementation Europe-wide.

While these front-of-pack labelling systems work well in distinguishing healthier options for some food categories, this is not the case for cooking oils.  Extra virgin olive oil (EVOO) is widely considered to be the healthiest cooking oil, and consumption both on it’s own and as part of the Mediterranean diet is associated with improvements in heart health, mental health and Type 2 Diabetes1.  Unfortunately, these front-of-pack labelling systems use crude measurements to rate cooking oils, basing the score purely on saturated fat content rather than considering important factors such as the level of processing, overall fatty acid profile, and bioactive compound content. This leads to EVOO ranking either the same or lower than refined seeds oils such as canola oil, which research shows do not contain the same health promoting properties as EVOO2.

In Australia and New Zealand, the Health Star Rating (HSR) system was first introduced in 2014. It is a non-mandatory system developed by the Australian government, in conjunction with state and territory governments and industry, public health and consumer groups3.  The HSR system involves a ranking from 0.5 to 5 stars, with 5 stars being the healthiest. For most food categories, the number of stars is determined by a calculator that looks at energy, saturated fat, sodium and total sugar of that food product. These are considered the four components associated with chronic disease risk4. The calculator also considers components that positively add to health,  such as dietary fibre, protein and fruit, vegetable, nut and legume content.

When it comes to extra virgin olive oil and the cooking oil category overall, the only component the calculator uses to determine the star rating is the saturated fat content. Unfortunately, the system does not account for overall fatty acid profile, processing methods or minor compounds like biophenols. This leaves EVOO with a HSR of 3.5 stars, while other refined seed oils like canola oil score 4.5 stars due to a lower saturated fat content. This ranking does not reflect the evidence which suggests extra virgin olive oil has a myriad of health benefits that can largely be attributed to the bioactive compounds like biophenols5.

When the Health Star Rating system was first introduced, and during the 5-year review process, extensive lobbying was undertaken by the Australian Olive Association with assistance from the Olive Wellness Institute.  Our aim was to have the HSR system better represent the evidence available on processing methods, overall fat profile, trans fat content and minor bioactive compounds. Unfortunately, the review committees remained firm in their current calculation for HSR and the flaws remain in place.

NutriScore has also received similar criticism to the Health Star Rating system from researchers and producers for its shortcomings with extra virgin olive oil. The NutriScore system is currently voluntarily utilised in France, Belgium, Germany, Spain, the Netherlands and Luxembourg6.

This front of pack labelling system provides a colour scale, ranging from A to E, with A being the healthiest. The NutriScore is based on a calculation of negative points (from energy, sugar, saturated fat and sodium content) minus positive points (from fibre, protein, fruit, vegetables, nuts, pulses and since 2019, rapeseed/walnut/olive oils)7. Currently, olive oil falls under the yellow ‘C’ category, with proposals for it to be upgraded to light green ‘B’.

The European Commission is currently planning to adopt one European-wide nutrition label, with original discussions considering NutriScore to be the best solution as it has been proven to be efficient in helping individuals make better choices8. Italy in particular has lobbied against the system, with the NutriScore ranking of olive oil a key concern for the country. Currently, the European Commission has delayed its implementation of one labelling system, with the original implementation timeline being March 2023. The European Commission has announced they will be submitting a new proposal for overall nutritional food labelling in Europe, with a final decision by June 2023. It has been proposed they are unlikely to recommend one existing labelling system9.

At the recent 4th International Yale Symposium on Olive Oil and Health in Rome, a position statement was established regarding the use of NutriScore and FOPL in Europe for olive oil, including the following excerpt;

“Although NutriScore has admirable objectives, the proposed FOPL penalizes the traditional and culturally rich Mediterranean diet, a model for sustainable food systems and internationally recognized as a healthy dietary pattern. Thus, we propose that before FOPL is adopted, all and any implications for public health should be considered while at the same time a rigorous scientific analysis and assessment of the NutriScore criteria, such us the below, is undertaken:

While the above issues are being assessed, we recommend that, based on the constantly accumulating evidence about its health benefits, olive oil should either (a) be labeled as a NutriScore Green-A grade food or the highest category in any FOPL system, and distinguished from other processed oils (b) be excluded all together from the NutriScore process and thus not assigned any NutriScore grade. The implications on human health that could stem from the use of NutriScore for olive oil, will be a step backwards in the scientific and medical community’s efforts to expand the use of olive oil in people’s nutrition”.

This White Paper by Yale School of Public Health researchers Tassos Kyriakides and Vasilis Vasiliou provides the rationale in support of this request.

Front-of-pack labelling systems are designed to guide consumers towards making healthier food choices. Whilst the systems have good intentions and hopefully will assist in reducing rates of chronic health diseases, there are flaws and unfortunately extra virgin olive oil is rarely recognised for its health promoting properties in comparison to ultra-processed and refined seed oils.

The protective effect of the Mediterranean diet: focus on cancer and cardiovascular risk.

Olive oil and prevention of chronic diseases: Summary of an International conference 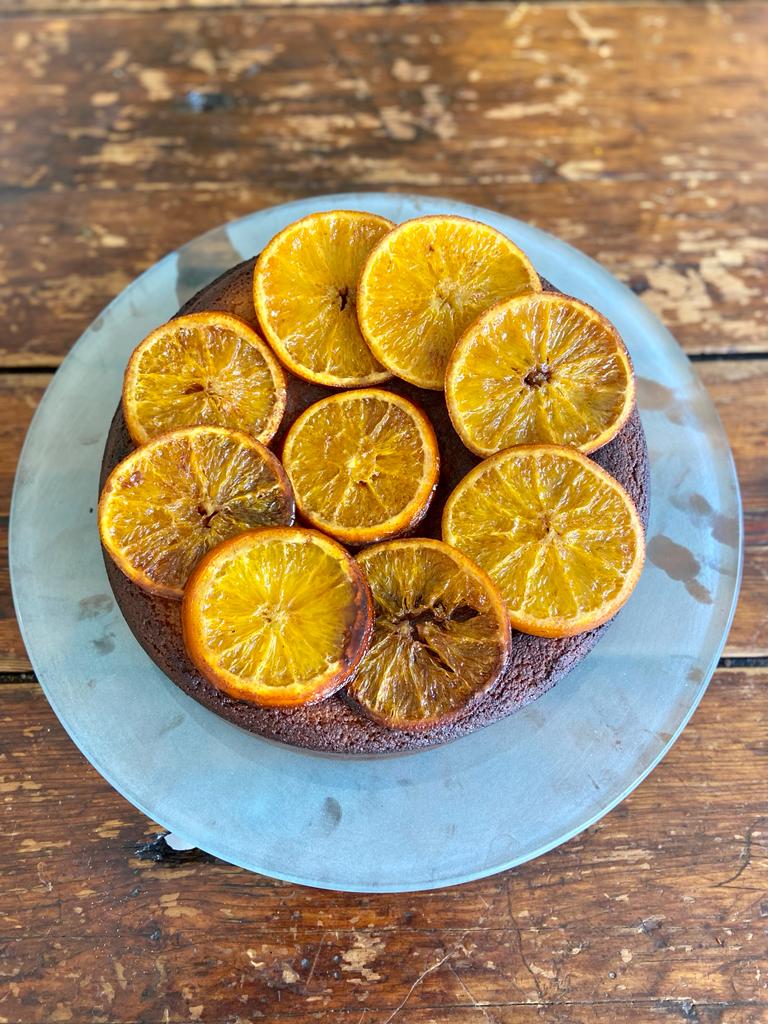