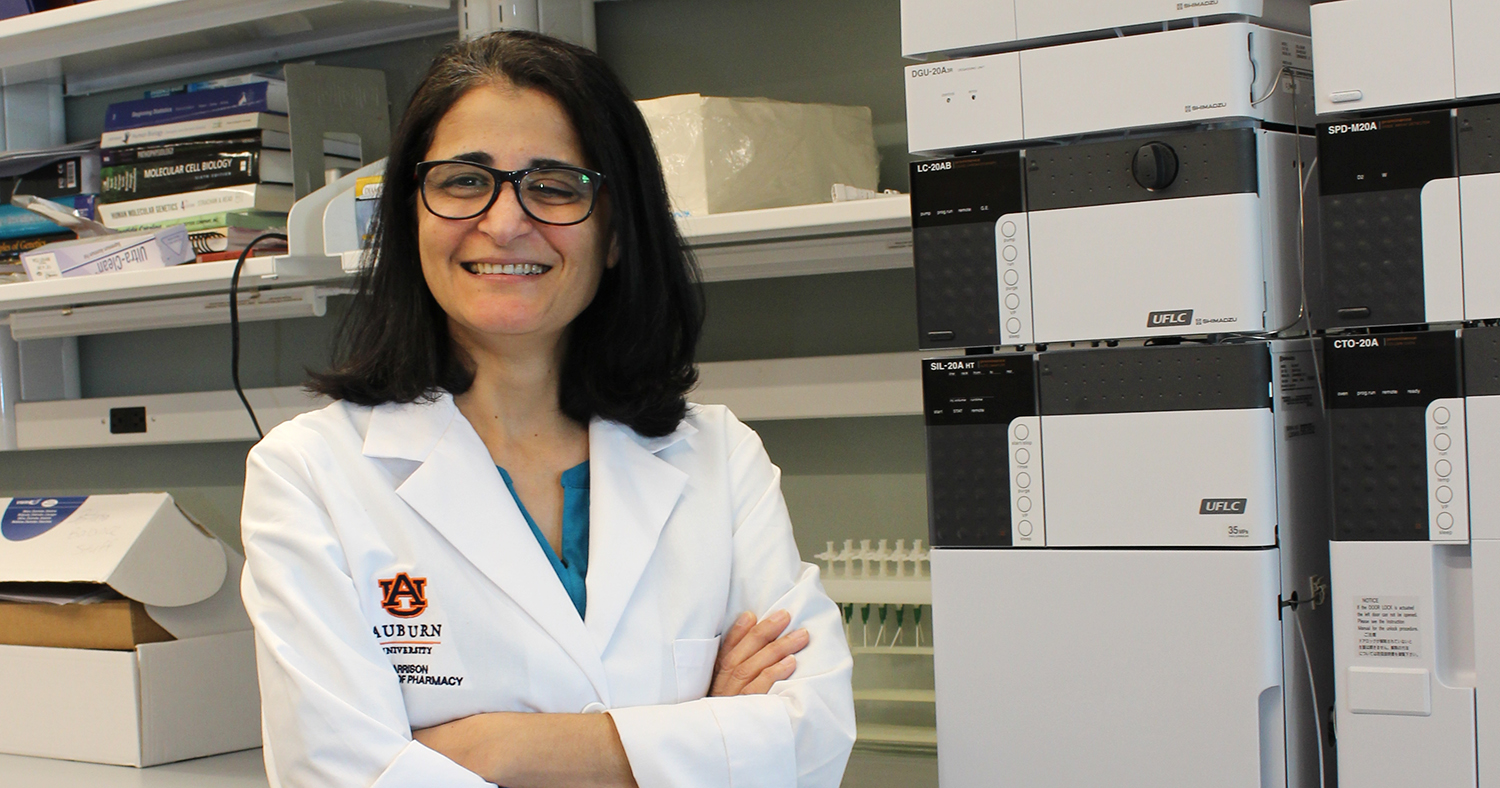 Want to know more about some of our Olive Wellness Institute Experts? Learn how Dr. Kaddoumi became involved with olive research, and her greatest achievement to date below.

I am originally from the Mediterranean region where we heavily use olive oil in our diet. I became involved with olive research 12 years ago when I read in the news about oleocanthal benefits against Alzheimer’s disease (AD) through a research study that was performed in a test tube where the investigators of that study added oleocanthal to a mix of amyloid-β; the researchers showed oleocanthal inhibited the aggregation of this peptide to form deposits (a hallmark of AD). These results caught my interest and curiosity to understand and investigate the beneficial effects of olive oil, oleocanthal and other phenolics exist in olive oil against AD, which started in 2008. Since then, my laboratory has published several articles on the beneficial effects and potential mechanisms by which oleocanthal and extra-virgin olive oil (EVOO) exert such effect against AD.

My lab is the first to in vivo evaluate and identify the mechanisms of olive oil and oleocanthal to prevent and/or treat AD in mouse models of AD. In addition, through our research, my lab established EVOO and oleocanthal to reduce the accumulation of 2 hallmarks of AD namely amyloid-β plaques and tau hyper-phosphorylation by multiple mechanisms. EVOO and oleocanthal reduced the production of amyloid-β, increased the clearance of amyloid-β, restored the blood-brain barrier function, reduced inflammation and oxidative stress, reduced the progression of amyloid pathology and enhanced memory function in AD mouse models.

We also established the use of EVOO as a medical food to enhance the effect of donepezil, a drug used by AD patients to improve mental function.

Another great achievement is solving the mystery of oleocanthal disposition and pharmacokinetics in vivo where we were able to establish its pharmacokinetics-blood and brain profiles in mice.

Based on the above findings and achievements, we currently are investigating the effect of daily consumption of olive oil on changes in brain function, blood biomarkers and cognitive performance in human subjects with mild cognitive impairment (MCI) in a pilot clinical trial (NCT03824197).

We certainly look forward to building on the findings from our pilot clinical trial by obtaining the required fund to thoroughly evaluate olive oil in subjects with MCI and answer the question “does olive oil prevent the conversion of MCI to AD?”. In addition, we look to perform additional studies to understand the effect of olive oil, oleocanthal and other olive oil-phenolics against AD and other diseases. We know little about their action on the body, so more research is required.

My favourite fact about olive oil is that it is food that is delicious and possesses numerous health benefits, and it is safe for everyone to include in their diet.

You can get to know more about Dr. Kaddoumi here.

Effects of Olive Oil on TNF-α and IL-6 in Humans: Implication in Obesity and Frailty.