Q and A with Advisory Panel Member Professor Russell Keast

How did your science research career all start?

It is not a straight line between school, University and career.  When I had completed secondary school in Wellington New Zealand I went into the Royal New Zealand Airforce and completed a cooks apprenticeship.  I left the Airforce and was a Head Chef in restaurants and even had a family backed restaurant in Wellington.  At that stage I decided working in a kitchen was not a career path for me, so started a Bachelor degree course at University of Otago in Food Science and Nutrition.  I initially wanted to be a food writer and thought this would be a good way to gain some academic knowledge.  I was enjoying living in Dunedin and doing well academically and took an opportunity to complete an Honours year which led to PhD candidature – all at the University of Otago.  My PhD topic was on flavour development during fermentation of beer, so an interesting topic and one that developed my interest in flavour.

After completing my PhD I received an offer to become a Postdoctoral Fellow at Monell Chemical Senses Center in Philadelphia, the best research institute in the world for taste and smell.  It was at Monell that my research became focused on the sense taste.

What attracted you to your field of interest?

I have a strong interest in food and why we eat what we eat.  One of the topic areas has been extra virgin olive oil; I have been very lucky to be involved with this line of research, and it started in 2001 when I was a postdoctoral fellow at Monell Chemical Senses Center, which at that stage was led by Professor Gary Beauchamp.  I was working in Professor Paul Breslin’s lab and he had been doing some research on the throat irritant properties of ibuprofen, a non-steroidal anti-inflammatory pain relief medication.  Around this time Gary Beauchamp was at a molecular gastronomy conference in Scilly and had the opportunity to taste some freshly pressed extra virgin olive oil and noticed the localised throat irritation from the olive oil.  So we had an anti-inflammatory drug that causes this unusual spatial irritation, and a component of a traditional Mediterranean Diet causing similar irritation.  This is really interesting because the Mediterranean Diet is linked with reduction of inflammatory disease (CVD, arthritis, cancers).  Over the next few years Gary and Paul led the research that I was very happy to be a part of.  We published a paper in Nature identifying the compound in Extra Virgin Olive Oil and we named it oleocanthal (oleo-latin for olive, canth-latin for irritation, al-because the compound is an aldehyde).

Since leaving Monell to join Deakin University I have continued Oleocanthal research as have many others around the world.  The paper that we published in Nature has had a significant impact on other research being completed around the world, and to date results from this research using Oleocanthal has revealed mechanisms by which oleocanthal can reduce the burden of certain cancers, Alzheimer’s Disease and arthritis. 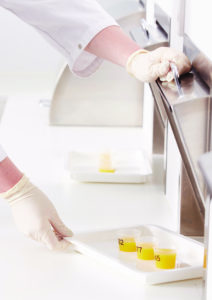 What do you love about science / nutrition science?

There is so much we do not know or understand and good science has the potential to solve key problems facing the world.  Regarding foods and nutrition, we know what we like to eat and for many people what we like to eat is not necessarily good for us.  The overconsumption of foods leading to a rise in obesity, and the problems associated with diet related disease are all problems that can be solved.    Taste and nutrition sciences have a large role to play in solving these complex problems.

Who are some of your science mentors/ people you admire in the field?

I have been very fortunate to work with some top people.  Both Professors Beauchamp and Breslin have influenced my research direction and thought processes.  In Australia Professor Andy Sinclair has always been a good friend and advisor.

What are some of the projects you are currently working on?

I led the Centre for Advanced Sensory Science (CASS) at Deakin University in Melbourne Australia.  We have some work looking at how oleocanthal influences inflammation in muscle tissue.  But apart from that much of my research is looking at new and novel tastes, so we have been one of the groups involved with identifying fat as a taste, and a potential new taste carbohydrate.  Understanding the sense of taste and the role it plays in consumption (and overconsumption) is the main area of research. 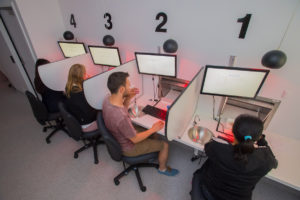 Health effects of olive oil polyphenols: recent advances and possibilities for the…

Polyphenol-rich foods in the Mediterranean...