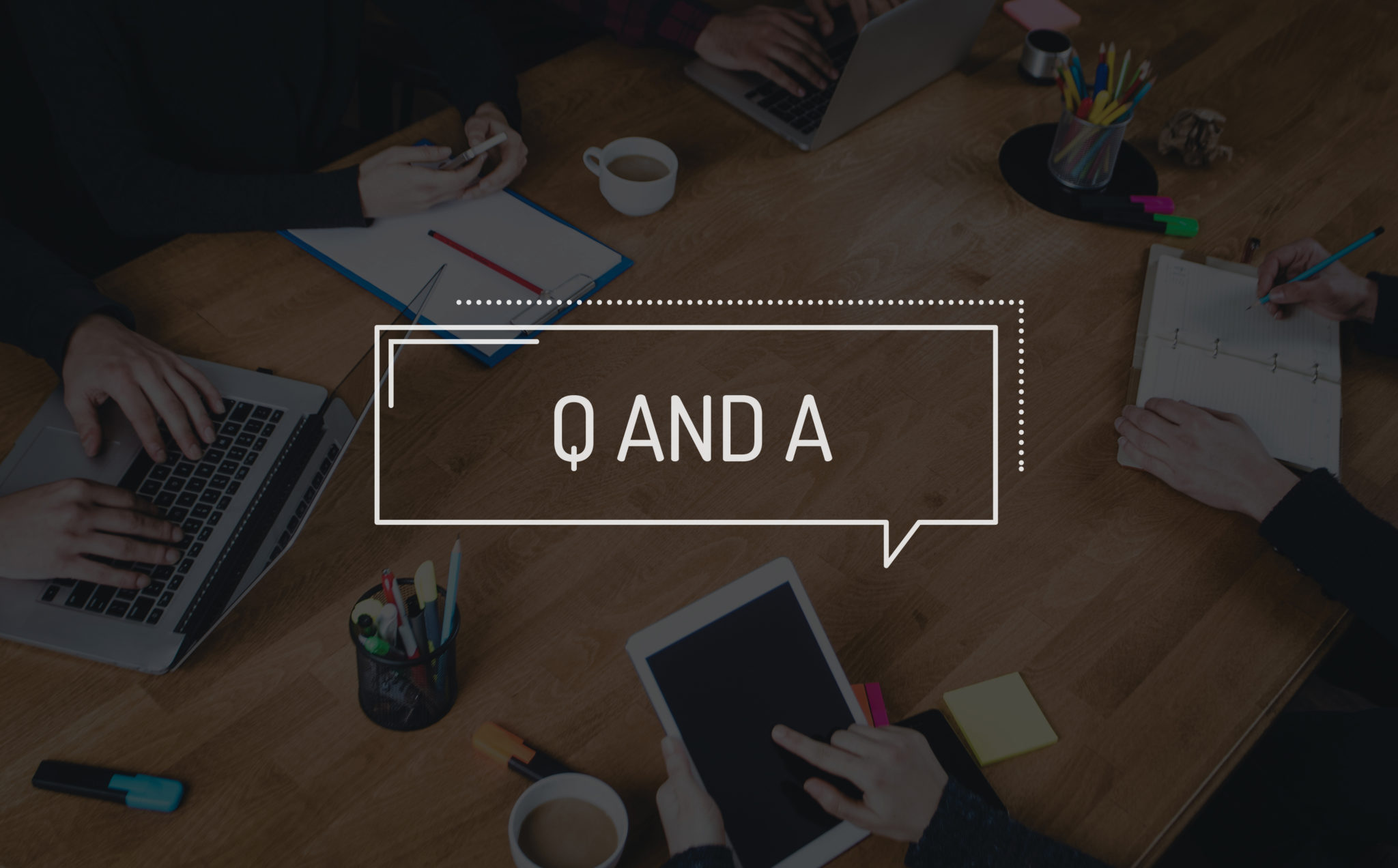 What is your professional background? (brief overview of education and how you came to be an expert in your field)

My undergraduate and two graduate degrees are all in nutrition.  When I completed my undergraduate work, I knew I wanted to work in nutrition, but did not know in what aspect.  My first job was in the Peace Corps (Ecuador) as I thought international nutrition would be interesting.  I found out I wanted to work directly with people, which was unlikely in an international career.  I then worked for the RI Seafood Council developing recipes with underutilized seafood and seafood education; then I was a WIC (Women, Infant, and Children) nutritionist.  Then I decided to get my master’s degree in nutrition and exercise physiology.  It was in that program that I took a class in research and realized that research could be a career that would excite me. I was hired the week I finished  (June 1984)to work in lipid metabolism designing and implementing controlled diets at The Miriam Hospital in Providence, RI where I still work today (2017).   I read the Seven Countries Study around 1984, which introduced me to olive oil.  I found it intriguing that the US health policies were moving toward low-fat diets, yet people who consumed large quantities of olive oil daily where extremely healthy.  This started my interest in considering food sources and not nutrients when examining the impact of diet on health.  I decided after six years of designing diet studies for other investigators that I would like to do my own research. I completed my PhD in 1994 and worked initially in body composition changes in HIV+ patients, but soon realized my interest was in keeping people healthy using diet to improve risk factors.  I co-authored a book (Low-fat lies, Regnery Press 1999) which allowed me to more explore the food literature.  There were few studies on extra virgin olive oil at this time and they were primarily population studies, but they all indicated people who used extra virgin olive oil daily had generally very good health.  I decided soon after the book was published to design my own diet, which I call a plant-based, olive oil diet.  My diet would certainly qualify as a Mediterranean diet but the definition of “Mediterranean diet” has changed over time to become what I think is almost unrecognizable to the traditional Mediterranean diet.

What is your specific role at Brown University?

I teach three courses in nutrition in the undergraduate program (Principles of Nutrition; Diet and Chronic Diseases; and Nutrition for Fitness and Physical Activity) and I oversee students interested in human nutrition research.  In the Brown University Medical School, which is called the Alpert Medical School, I give lectures on nutrition both as part of the curriculum, but also ones requested by students.  For the past several years I have given a lecture on the health benefits of extra virgin olive oil and it draws a large interest.  The medical students are also involved in my cooking program for low-income patients.  I train them in the cooking of plant-based, olive oil recipes and how to provide easy tips for making healthy, economical plant-based, meals.

What is the favourite aspect of your job

My job involves teaching, outpatient clinical work in several clinics, and research.  My favorite aspect is research.  I truly enjoy all parts of it.  Designing a study to answer a question, setting up the study, applying for funding, recruiting participants, educating them in the diet, and then seeing the results of the study are all fascinating to me even after 33 years in research.  Then I enter the data into a statistical program and analyze it, which again, is something I truly love.  I am constantly amazed at results that surprise me, but then make me think of another study and it starts all over again!

Why are you passionate about the health benefits of the olive?

Extra virgin olive oil, which is the juice of the olive, is a fascinating food.  I have been interested in the use of food as medicine, or eating a diet that emphasizes foods that published studies have shown will improve health and minimizes foods that detrimentally change risk factors for disease, for more than 25 years.  My interest in using food as medicine started when I read studies that discussed extra virgin olive oil.  There are numerous studies showing an impressive range of health benefits from daily use of extra virgin olive oil and I am not aware of even one study showing olive oil is related to a negative health effect.  There are other foods that have been shown to have health benefits, such as nuts, berries, seeds, whole grains, but no food has so many and so diverse benefits.  In addition, the overwhelming majority of people I have worked with in my research or clinic work, and in my personal life, love the taste of extra virgin olive oil.  I cannot think of any food that so many people like so the combination of health benefits with delicious taste is not found in any other food.

Please can you tell us a health/ science fact about olives/ olive oil that we may not already know?

That may be that people who regularly use olive oil weigh less and gain less weight over time.  I have also found a diet rich in olive oil to be more effective for weight loss compared to a lower fat diet.  People find this surprising as they think – it is a fat, so including it in my diet will make me fat.  But this is not what studies show.  I think the relationship to lower body weight with use of olive oil is at least partly related to the satiety that comes from a meal with fat.  A meal that does not have sufficient fat in it means that you will be hungry or at least be wanting/ craving food shortly after the meal.  A meal with sufficient fat means that you stay fuller longer and so you do not have the desire to eat.  Eating three meals a day with sufficient fat means you will be less likely to snack.  While total calories are related to your body weight and whether you gain or lose weight, how you spread those calories out makes a difference.  Our bodies are more able to store calories or energy when we eat smaller amounts of food.  Meals that are high in calories mean that more energy is lost as heat and not stored.  This is why after a large meal your body temperature can increase so you feel warm.  Eating snacks means that you are more able to store calories or increase fat stores.

What is the most interesting / impactful research study you have conducted? What were the major outcomes?

I think that would be the research study I did that was a cooking program of my plant-based, olive oil recipes with food pantry clients.  The objective of the study was to say that low-income people would use the recipes which included at least one tablespoon of extra virgin olive oil per serving and if they used them for two to three dinners a week, they would save money on their groceries.  I tracked their total food purchase to see if their buying behavior changed, although there was no nutrition education involved and we never told them to buy more or less of any food.  I was actually concerned that if they were to buy less meat, as they needed less with some plant-based, olive oil meals, would they buy more or more expensive desserts or snack foods.  I measured food insecurity as I wanted to see if the program would help improve food security, which is the access to healthy foods.  The study results were very exciting.  The participants did report using the recipes for two to three main meals per week and they did spent less on groceries.  In fact, a lot less with average weekly groceries going from $68 at baseline to $37 6-months post study.  And their buying behavior did change as their grocery receipts showed significant decreases in purchases of meat, desserts, snack foods, and carbonated beverages.  In addition, there was a significant decrease in food insecurity, meaning that study participation lead to them being more able to have sufficient food for the month.  As far as I know, it was the first study to show a decrease in food insecurity from an intervention.

What would you like to achieve in the field of olive health and wellness in the future? (e.g. any research desires, changes you may like to see in terms of population EVoo research).

I would love for people to realize that extra virgin olive has unique health benefits and that the health benefits are due to the phenol content of the oil, not the monounsaturated fat content.  This is clearly demonstrated by studies comparing refined olive oil, which has minimal phenols, to higher phenol content olive oils.  What has not been tested if how does canola oil compare to extra virgin olive oil.  As of 2017, all US health guidelines that I am know of recommend olive oil (and do not make the distinction of “extra virgin”) and canola oil interchangeably, despite no studies comparing them.

On a similar topic, I would like researchers to realize that the Med diet score does not necessarily reflect the Mediterranean diet.   The Med diet score uses the ratio of monounsaturated fat to saturated fat in the diet of the population being studied.  There are some countries were the MFA content of the diet should be extra virgin olive oil, but for most western countries such as the US, Ireland, or Britain, this would not the case.  The main dietary source of MFA in the US diet is red meat so a high MFA:SFA score in the US would mean a diet high in red meat so one would not expect to see health benefits with a high Med diet score in the US.

The Self-Efficacy Scale for Adherence to the Mediterranean Diet (SESAMeD): A scale construction and validation