Study finds that deep frying with Extra Virgin Olive Oil improves nutritional profile of foods when compared with other oils.

Foods fried in oil are often associated with negative health outcomes, such as obesity, high cholesterol and coronary heart disease, and are considered to be discretionary foods. This is an important area of study as certain oils can be more harmful than others. It is important to recognise what oils should be used when deep frying to ensure maximal nutrients possible are provided when individuals choose to consume deep fried foods and to reduce the risk of ill health where possible.

The quality of the frying oils and fried foods are strongly related, and the naturally present or added antioxidants in foods can influence oil quality during deep frying. The palatable characteristics of foods and the chemical changes play an important role in decision making for manufactures and hospitality businesses in order to meet consumer demands and make appropriate choice for an audience that is health conscious.

The aim of this study was to evaluate the effect of different cooking oils, using foods with different fat contents, to determine the chemical and sensory changes; taste, colour, antioxidants, degradation and nutrient loss when undergoing deep frying.

The study consisted of four cycles of frying. Each food sample was fried separately at 180 degrees for four minutes using each type of oil. 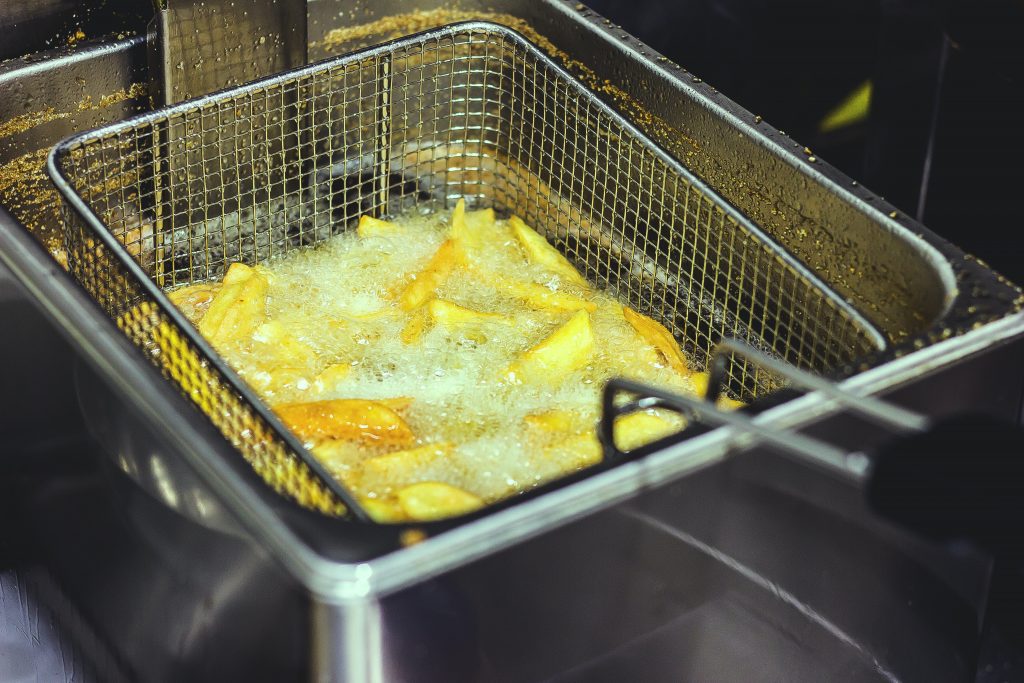 Samples of each food were taken after each cycle. Sensory analysis was undertaken of each food sample after each cycle. The sensory analysis was performed blind by a 9-member consumer panel. Each sample was randomly coded before being served. The food was assessed with the consumer untrained preference and with sensory parameters; colour, texture and flavour. Each parameter was evaluated using the 9-point hedonic scale.

Chemical analysis of each food sample was performed after the 1st and 4th trial. The fat content of food samples were determined by Soxhlet extraction following the AOCS Official Method Am 2-93. The fatty acid profile of oils was determined by gas chromatography FID detection. The total Phenol content of the samples were determined using a high-performance liquid chromatograph with DAD detection.  The squalene content was determined via an in-house validated method. Free Fatty Acids were determined in each sample via the AOCS official method 5a-40. The specific Absorbent Coefficient was determined according to official method and recommended practices of the AOCS. Vitamin E content was analysed by HPLC using FLD detector, excitation 295mm, emission 330nm.

Polar compounds were determined by HPLC with the Refractive Index Detection. Smoke point of each oil was taken from previous research, where the analysis was carried out using YD-1 Full Automatic Oil Smoke Point instrument based on AOCS Official Method Cc 9a-48.

From the sensory analysis, it was found that EVOO and canola oil were preferred by their colour, however canola oil was disliked due to its fishy flavour. Grapeseed oil produced a darker undesirable colour.

There is a transference between food and oils regarding fatty acid profile and antioxidant content as well as trans fatty acids and polar compounds. The results were in line with previous studies that suggest the type of food being fried alters the composition of the frying oil.

Trans fatty oils (TFA) in foods increased when cooked with canola and grapeseed oil, the lowest trans fatty acid content was in EVOO. The content of TFAs remained stable in chicken nuggets and broccoli and decreased in potato chips.

The highest polar compound levels were observed in foods using grapeseed and canola oils, EVOO was shown to decrease polar compounds in foods and had the lowest levels.

Overall, the study found that EVOO improves the nutritional profile of broccoli, potato chips, and chicken nuggets. EVOO also doesn’t have a negative impact on the palatability or appearance of the foods.

This study provides evidence that using Extra Virgin Olive Oil (EVOO) when frying foods shows more desirable traits in regard to their chemical and sensory characteristics in comparison to other popular vegetable oils. The overall nutritional profile of the foods after being deep fried in EVOO is preferable over grapeseed and canola oil.

The changes observed in this study agree with previous studies on the benefits of EVOO as part of a healthy diet, improving levels of antioxidants and vitamin E content in foods. 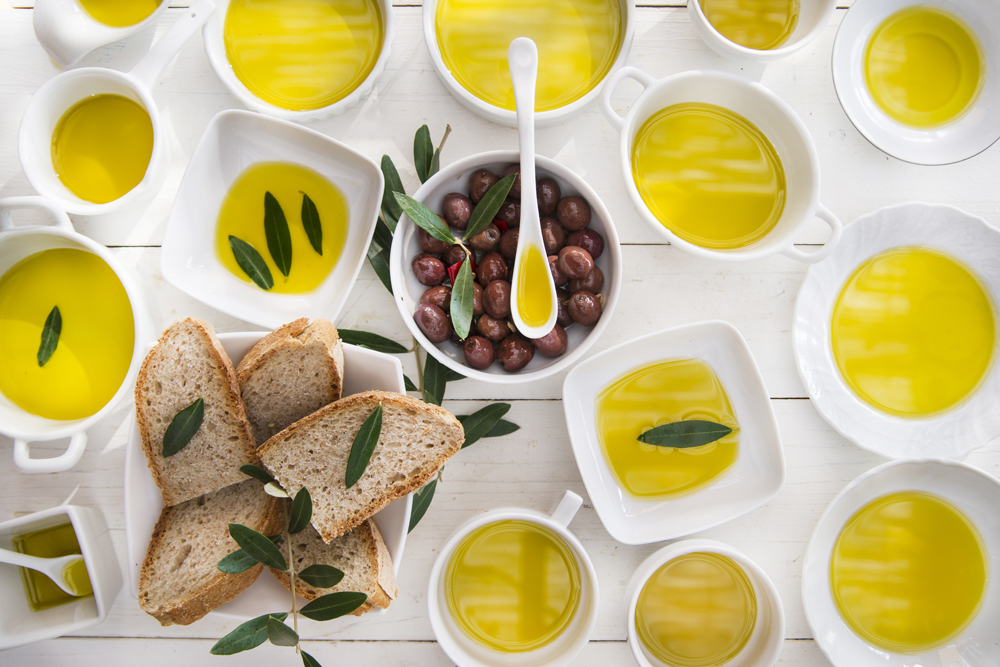 It’s all about the Polyphenols, Olive

Comparison survey of EVOO polyphenols and exploration of healthy aging-promoting properties of oleocanthal and oleacein.